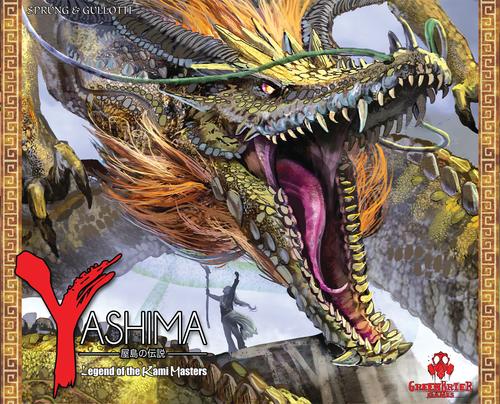 Yashima: Legend of the Kami Masters

A long time ago the Kami, spirit protectors of the world, were unknown to all but those who practiced Shinto. Then, a cataclysmic event nearly destroyed us. What was salvaged from the wreckage were people who could see Kami and bond with them. Those bonds paired with schools of battle lead to powerful clans fighting against the chaos. But what happened when the darkness was defeated? Powerful fighters bonded with their Kami are destined to repeat the past in a battle for honor and domination!

Yashima: Legend of the Kami Masters is a card-driven miniatures game where each player customizes their chosen kami master and engages in player vs. player or team vs. team combat. It includes four characters and four kami, each with their own deck of cards. Each character includes a high-detail miniature.

Characters: Rosamu, the monk, Hikaru, the priestess, Akikio, the Fire Sorceresses, and Kenta, the Ronin Warrior
Kami: The Dragon, The Tiger, The Tortoise, and The Phoenix
Interchangeable character and Kami cards provide 16 playable combinations
Players life is determined by the Battle Deck, It is used to gain karma, and also unleashes attacks against your opponents
Players are not eliminated in multi-player games, they hit "restoration" then continue battle, the last player to hit restoration wins the game