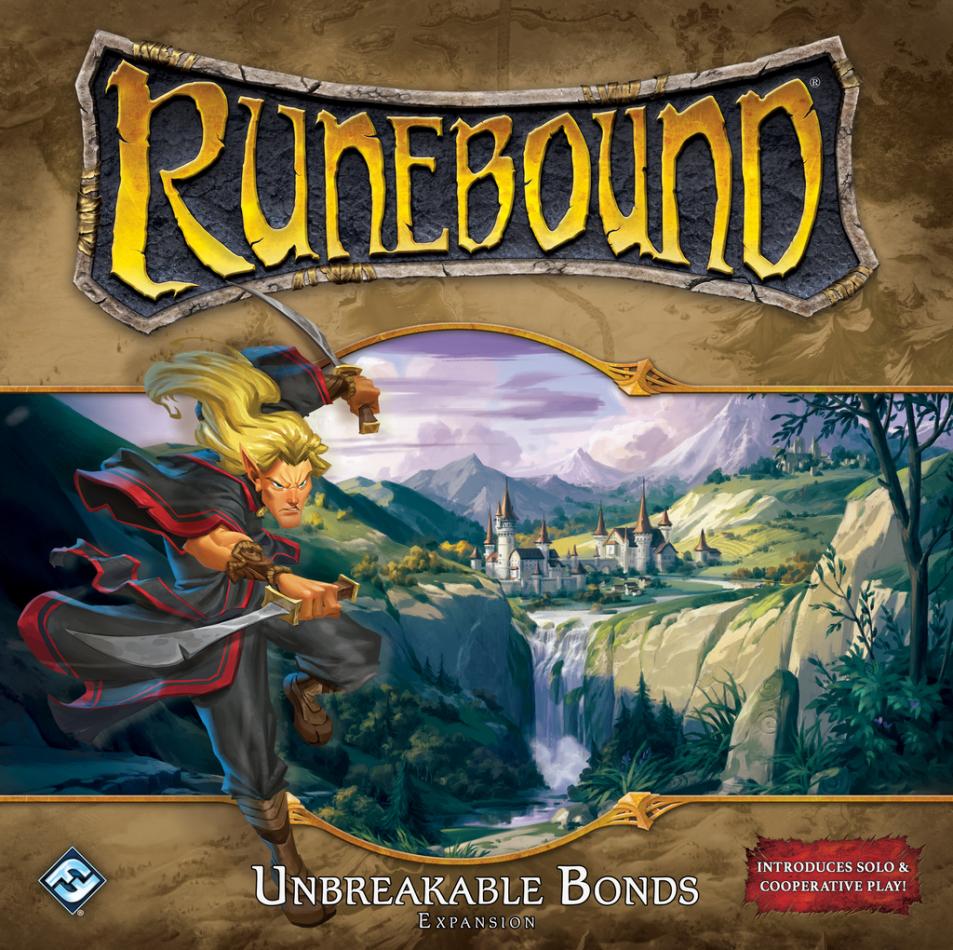 Youve spent your life tramping across the fields of Terrinoth, facing danger time and again, testing your skills in battle against terrifying monsters, and living a life of unchecked adventure. You never know what you may discover beyond the horizona towering range of mountains, the lair of an evil beast, or the sun reflecting from the walls of one of the Free Cities. Yet throughout your travels, theres always been a feeling of competition with other adventurers, driving you to fight harder and move faster than another so-called hero. Just maybe youd prefer to work and fight together, once in a while?

Unbreakable Bonds is a new expansion for Runebound, and gives you the option to dramatically reshape the nature of the game. Rather than competing against up to three opponents, Unbreakable Bonds invites you to journey through the fantasy realm of Terrinoth as part of a group, or even to strike out on your own in a solo game! With a robust combat system to control the monsters, two new heroes, five cooperative / solo scenarios, and a wealth of new asset and skill cards for any game, Unbreakable Bonds pushes the borders of Terrinoth further than ever and leads you beyond the edge of the map.