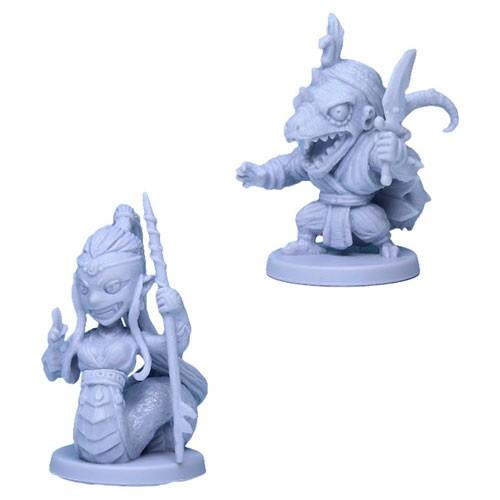 In Arcadia Quest or Arcadia Quest: Inferno, players lead Guilds of intrepid Heroes on an epic campaign to rescue the city of Arcadia. But only one Guild may lead in the end, so players must battle against each other as well as against the monstrous forces threatening the city. Through the branching scenarios of the campaign, the Heroes gain awesome new weapons and abilities, and the game remembers the heroic deeds of players from one session to the next, unlocking exciting new possibilities in future scenarios!