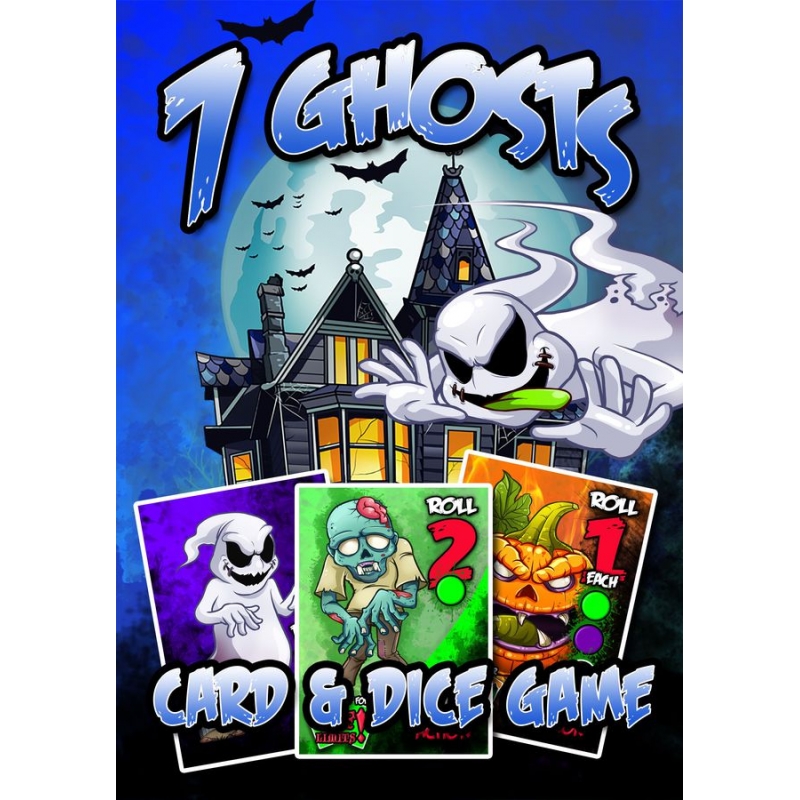 Be the first player to capture seven ghosts!

On their turn, a player chooses a top card from one of the 4 main decks that they will attempt to win. These cards may be ghost, zombie, scary pumpkin, or haunted house cards. They then roll the three dice in an effort to satisfy the conditions to win that card. If successful, the player takes it and places it face-up in front of them, drawing any "spooky action" cards as instructed.

They may PLAY any spooky action cards they have before relinquishing their turn to the next player. Spooky action cards may place a deck "off limits", force an opponent to play for a specific card, manipulate dice, split, etc. There are also three "ghost" cards in this deck that count toward your overall ghost total.

Collecting sets of 3 of zombie, pumpkin, or haunted house cards allow special powers that are important later in the game. A special effect of winning a haunted house card is getting to "peek" at the bottom card of the deck it came from, which helps direct a players strategy.

A few of the main deck cards have a "vanish" effect, which can be spent to move a card from the top of a deck to the bottom, thus keeping it away from an opponent. Spending a "vanish" card in this way may break up a valuable set of three, so care must be given before deciding this course of action.

Play continues until one player has acquired seven ghost cards and is declared the winner.